Tarot of the day: The Guardian of Swords

The guardian represents someone who is at their peak maturity. They’ve traveled the distance and have learned what they need to know in order to help others. The sword represents the mind, knowledge, and truth. The gaurdian of swords represents the mature mind, who truly knows how knowledge works.

On this card specifically we have Archeangel Michael holding some armor in his crossed arms. Underneath him is a sword with vines up the blade stemming from a red rose.

The name Michael actually means “who is like god”. I actually have a personal connection with Archeangel Michael. Besides my middle name being Michelle, the female derivative of Michael, I have felt his presence on multiple occasions, despite not being religious myself. He is the head of all angels, taking on the commander role. He represents willpower, and has a very disciplined masculine vibe to him. If you need courage to keep walking your path, you can call on him. He reminds you that you may have had your battles, but things are looking up.

The wisdom of doing and seeing it all is knowing when it is wise to keep marching forward, and now is the time to do so. However, as you move forward, it’s important to remain disciplined and structured. Think about the implications of your actions before you act. If the repercussions aren’t desirable, don’t act. Half a war is knowing when to fight your battles. As long as you act from a place of mental maturity, you will succeed. 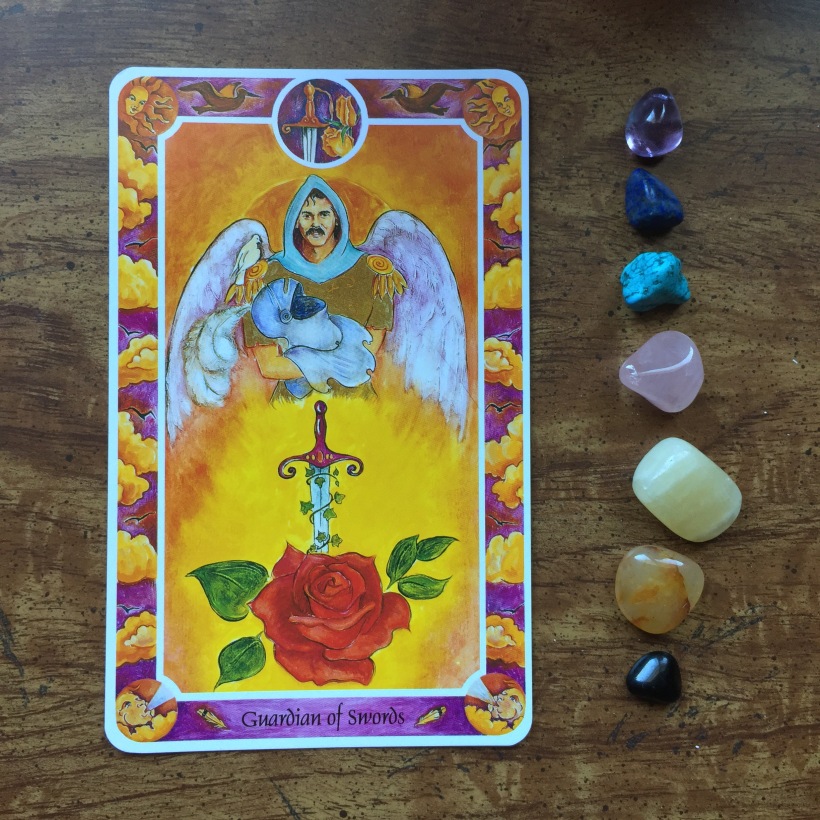